Capitol Commission reflects with you upon our Declaration of Independence, thanking the Lord for ... 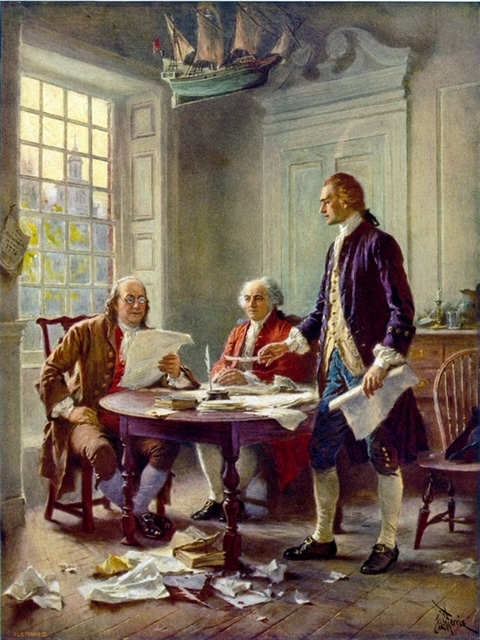 Capitol Commission reflects with you upon our Declaration of Independence, thanking the Lord for the United States of America.

In reflection, think with me about the radical prayer of countless people in the generations before July 4, 1776.

What did the Pilgrims pray as they were forced to cross the ocean to the New World?

What did an estimated 75% of all Colonists pray as they heard the gospel preached by Evangelist George Whitfield?

How did the radical prayer of believers in God affect the writing of the Declaration and our Constitution?

Radical prayer against the flow of the world system moved the mighty right arm of God to guide the formation of an idea of government taken from the cornerstone precepts of the Bible.

"We hold these truths to be self-evident, that all men are created equal, that they are endowed by their Creator with certain unalienable Rights, that among these are Life, Liberty, and the Pursuit of Happiness. That to secure these rights, Governments are instituted among Men, deriving their just powers from the consent of the governed..."

God is not individually deterministic. The Lord calls His people to ask in faith, believing that God can and will act against the course of this world! This is radical prayer!

On this July 4, be reminded of the heart and soul of those who saw their radical prayers answered as America came into being. Then, be challenged as you read Isaiah 5-7, Hebrews 13, The Lord's Prayer, Psalm 2, 1 Samuel 2:30, and 2 Chronicles 7:14. May the Lord stir in you a flame to boldly and radically pray, "God do it again!"